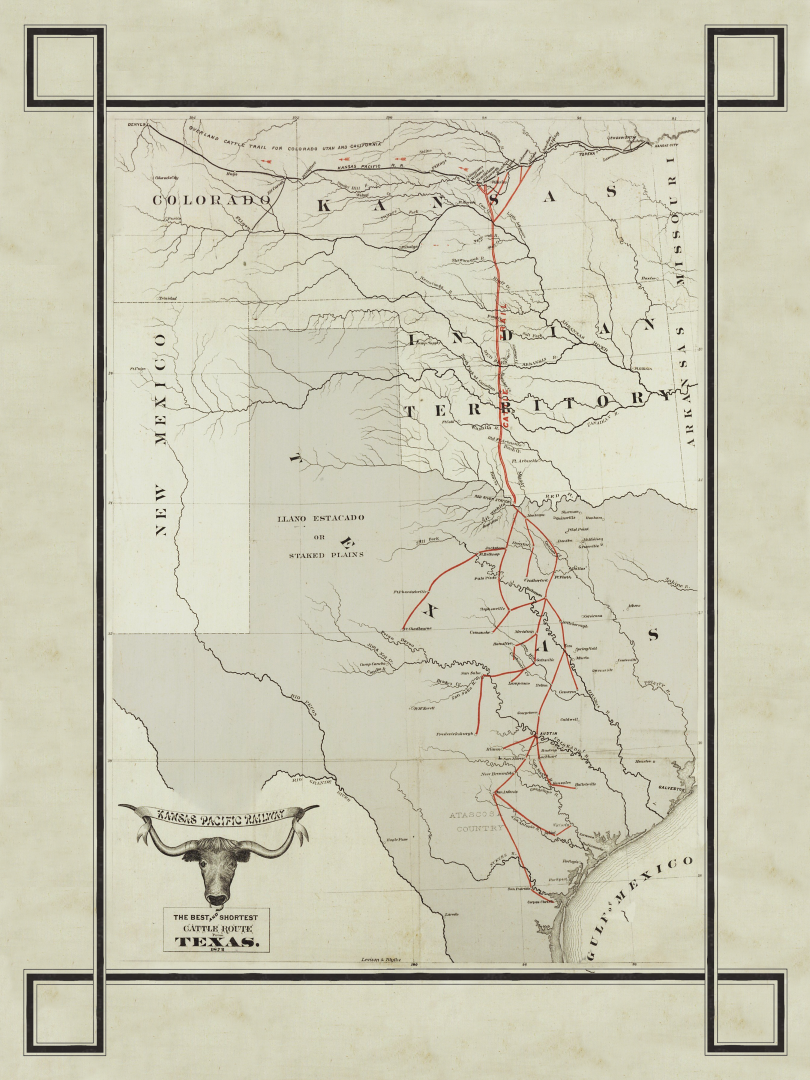 "The Best and Shortest Cattle Route from Texas"

A legendary rarity, never before reprinted.

Take a look at the world of the Texas trail driver. A world that flashed into existence after the Civil War, was gone in the blink of an eye, and left us a uniquely American mythos.
What you see was originally distributed as a folding pocket map. It was drawn by William Weston (1844-1920), an engineer employed by the Kansas Pacific.
Railroad agents handed it out across Texas to convince trail drivers that the Ellsworth, Kansas rail head as the most convenient way to access markets East and West.
Over half a million Texas longhorns went up the trail the previous year. The Kansas Pacific wanted a bigger piece of the action and maps for cowboys seemed like the way to get it.
It’s a rare gem today. An original would set you back between $5,000 and $10,000.

Collectors love it for the longhorn cartouche at lower left, which is unique in the map world.

But they also love it for what it is and what it shows. A brief, shining moment that branded the Texan soul forever.

Have a closer look: 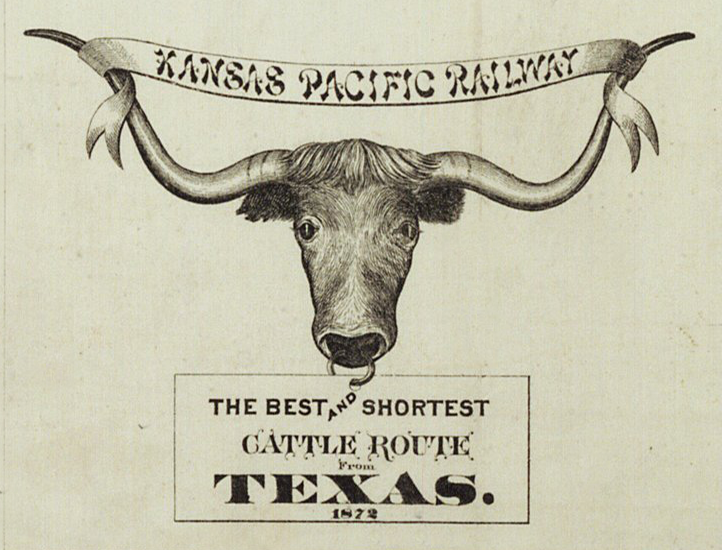 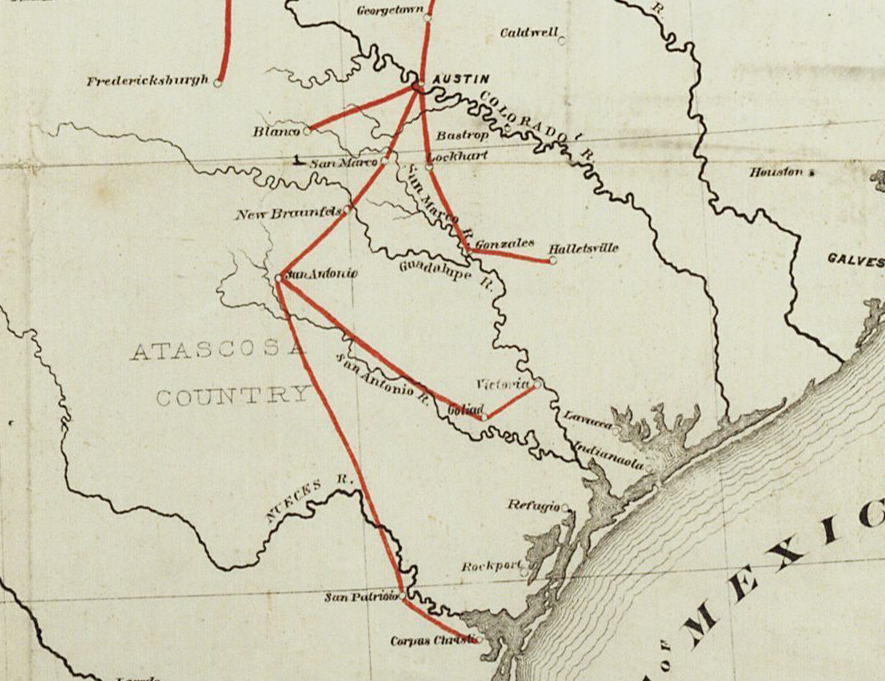 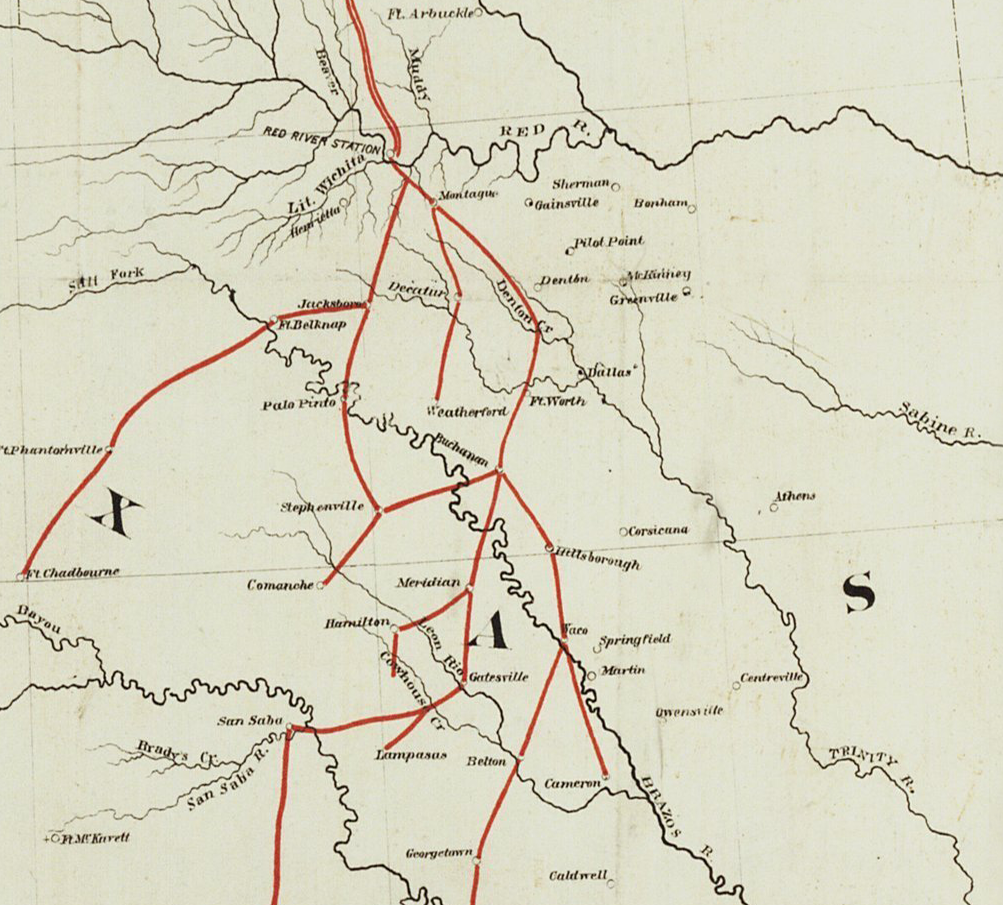 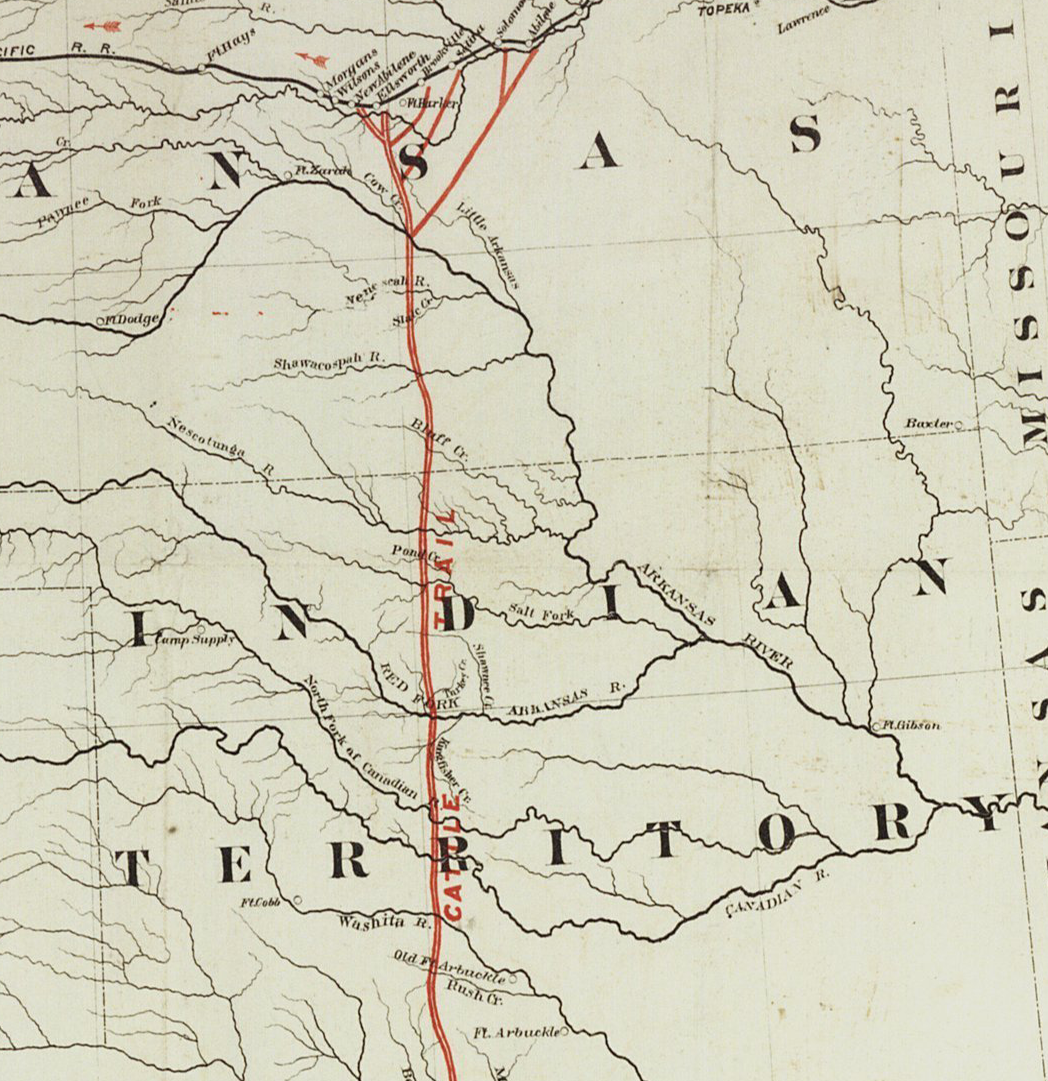 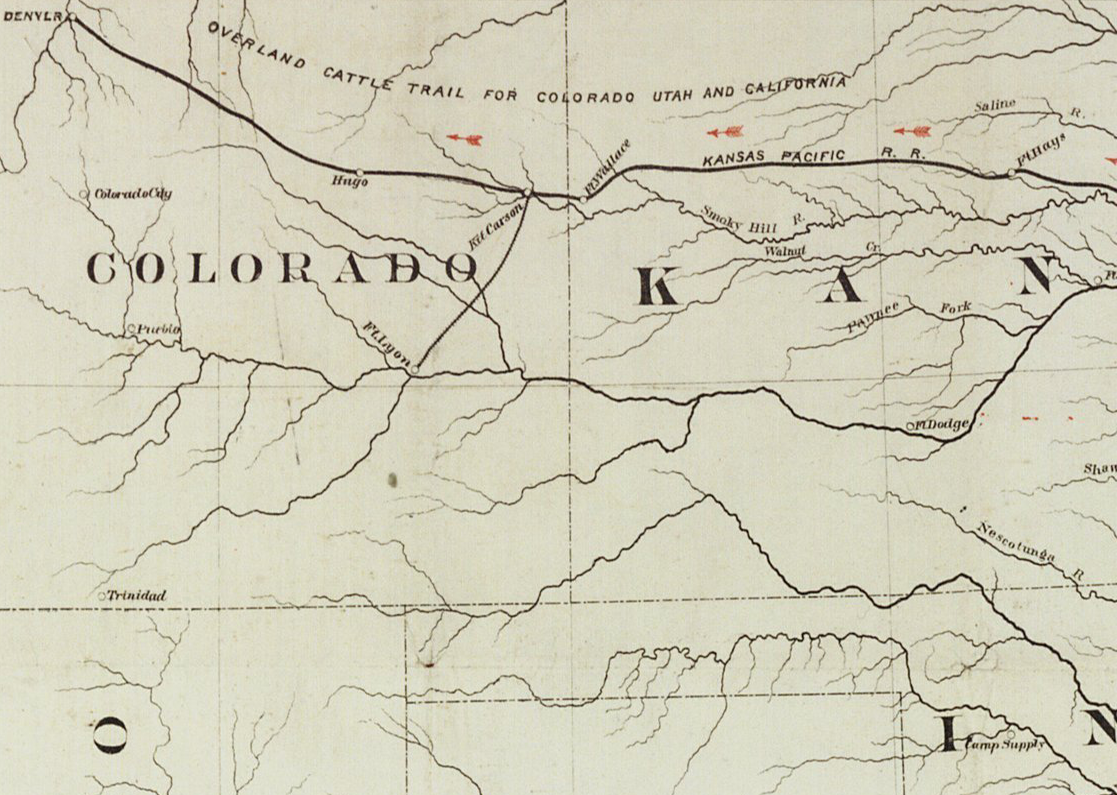 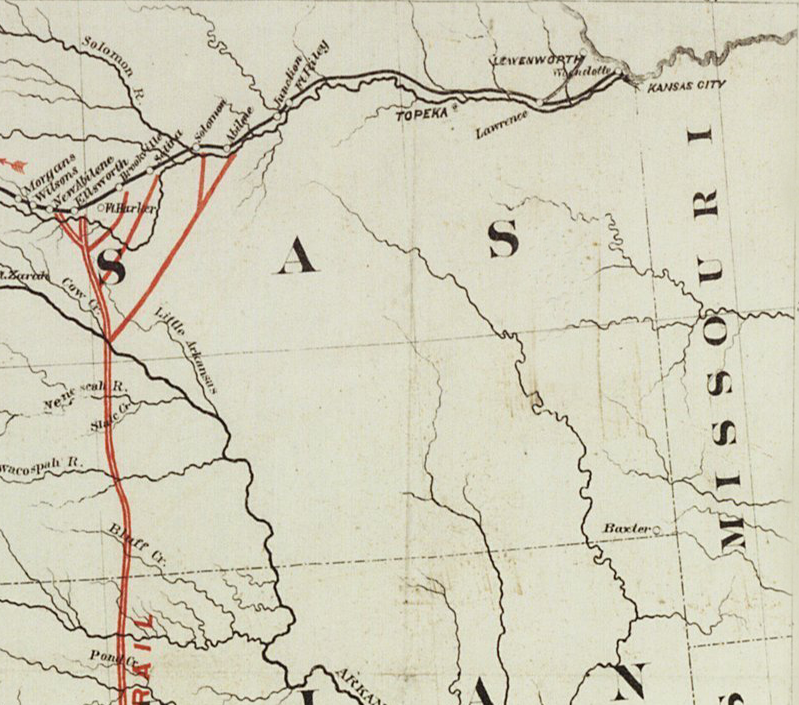 The stock is acid free, heavyweight fine-art paper with an elegant ever so lightly textured finish. This surface allows the inks to 'bite', reproducing the shading and tonality of the original map vividly, beautifully, and exactly.