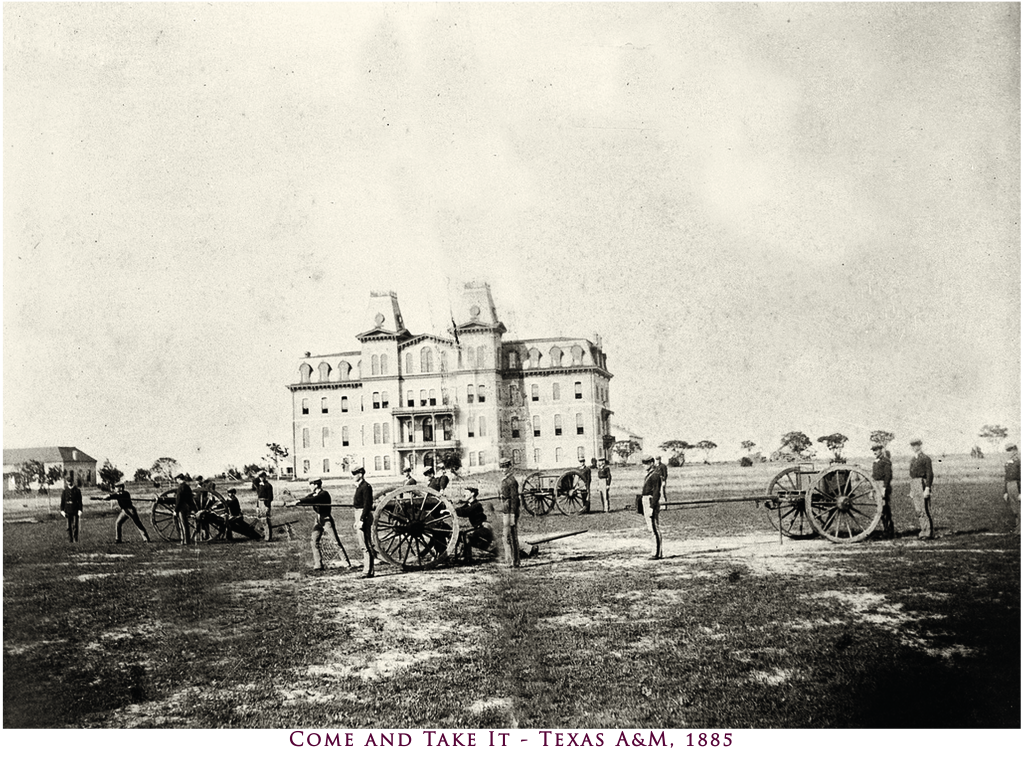 "Come and Take It!"
1885 was a landmark year. Dr. Pepper was served for the first time. U.S. Grant was placed in his tomb. And a certain institution of higher learning in Austin was finding its legs.

A lot of people assumed the Agricultural and Mechanical College of Texas was doomed. Its enrollment was less than four hundred and the myopics were screaming that Texas didn't need two public colleges. It took Sul Ross to shut them up, but that was a few years down the road.

You can think of this image as Aggies daring the legislature to close their school. "Come and take it," was a battle cry they knew as well as you do.

This is a print that will make your favorite Aggie smile.

It's 24 by 18 inches, with ample margins, so it looks great in a standard size frame without a mat.

Our heavyweight fine-art paper is acid free, cold pressed, with an elegant ever so lightly textured finish. This surface allows the inks to 'bite', reproducing the shading and tonality of the original vividly, beautifully, and exactly.