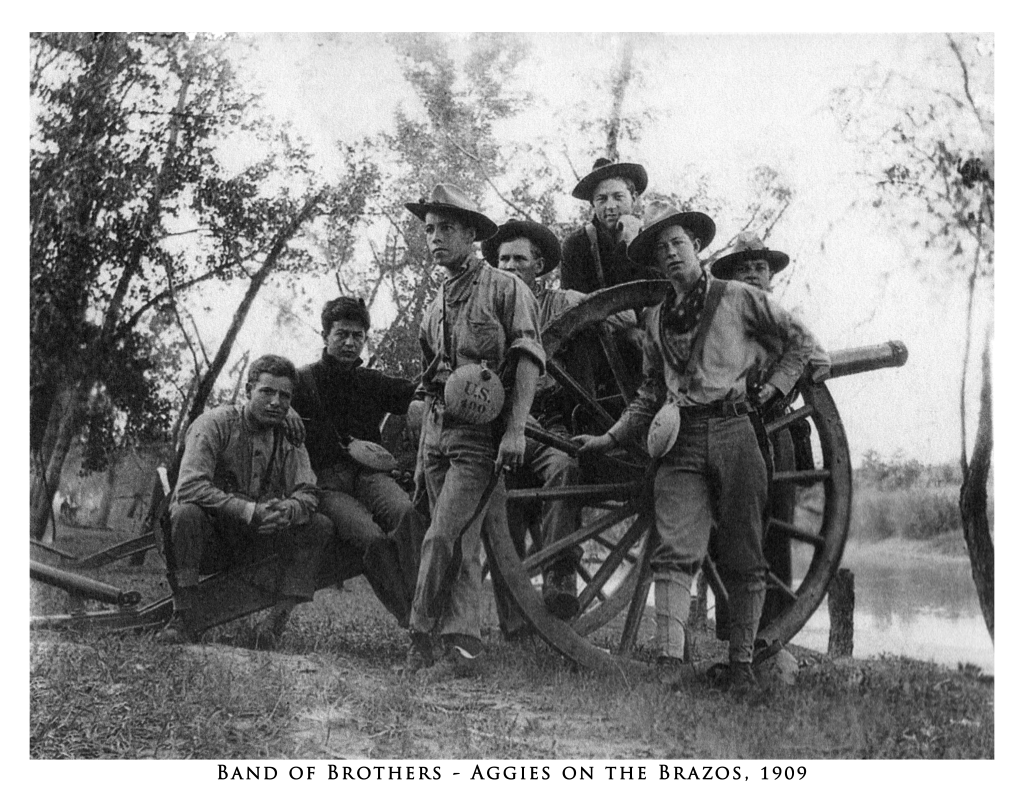 "Band of Brothers"
Lets pretend for a moment that it's 1909 and you are a member of the Corps of Cadets of the the Agricultural and Mechanical College of Texas.

The corps of cadets will leave College at 2:30 p.m. tomorrow for a practice march and field instruction. The regiment will bivouac near the iron bridge on the Brazos and return to College late Thursday afternoon.
Cadets will take with them one double blanket and necessary toilet articles in the blanket roll. Uniform No. 2 without white collars will be worn. All cadets will attend except those excused by the surgeon and those excused by permit from this office.

The image here was taken on the Brazos during that march.
Whether it was on March 30, or April Fools day we can't say. But we would wager it was an experience these young men remembered and recounted at every reunion.

You might recall from your school days that Shakespeare coined that phrase. It's from King Henry's Saint Crispin's day speech before the Battle of Agincourt in Henry V:

It's 24 by 18 inches, so it can fit in a standard size frame without a mat if you choose.
Physical Details
This is a high quality fine-art print.

Our heavyweight fine-art paper is acid free, cold pressed, with an elegant ever so lightly textured finish. This surface allows the inks to 'bite', reproducing the shading and tonality of the original vividly, beautifully, and exactly.