Siege of the Alamo Map by Col. A. J. Houston 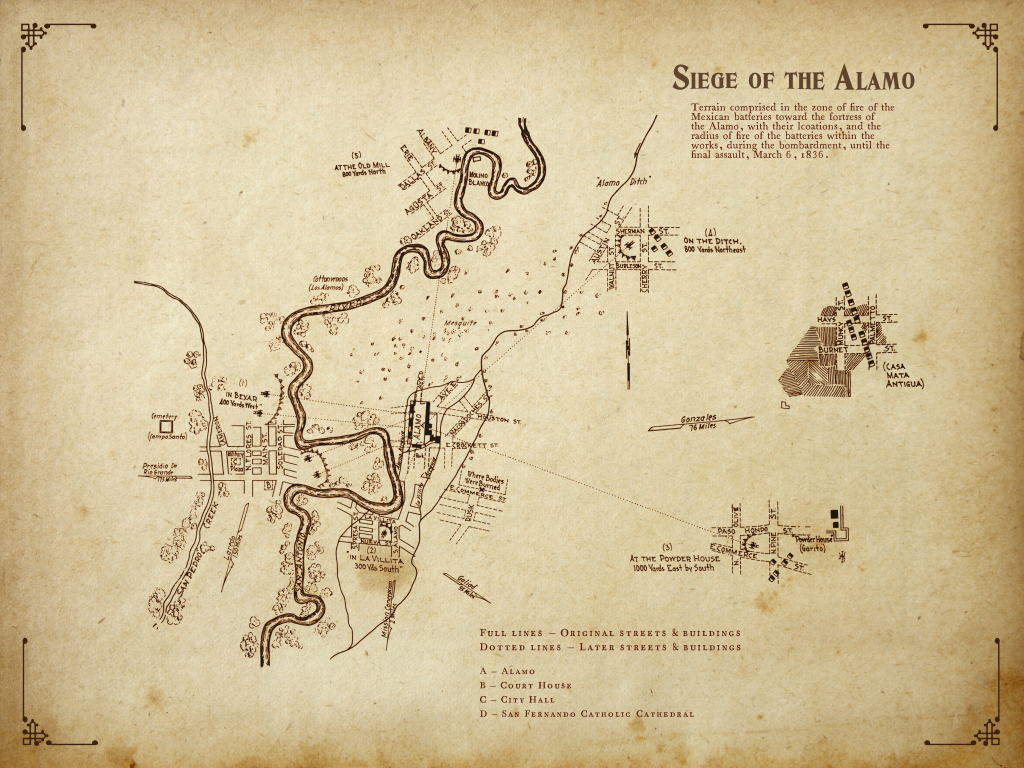 It was during that period that he began to research and write on subjects of Texas history.

Back in 1938 he compiled all available information about the siege of the Alamo to create this map.

Along with all the Mexican gun batteries and their lines of fire, it shows the streets and buildings that existed in 1836, as well as those built later.

Col. Houston wanted modern Texans to understand what Travis, Bowie, Crockett, Bonham, and the rest of the Alamo Defenders were up against during those thirteen days.

It tells a story.

Have a closer look... 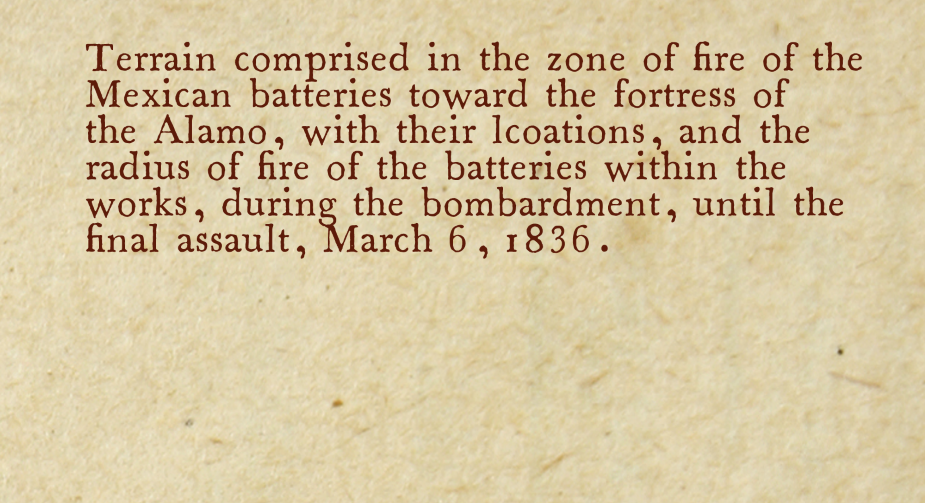 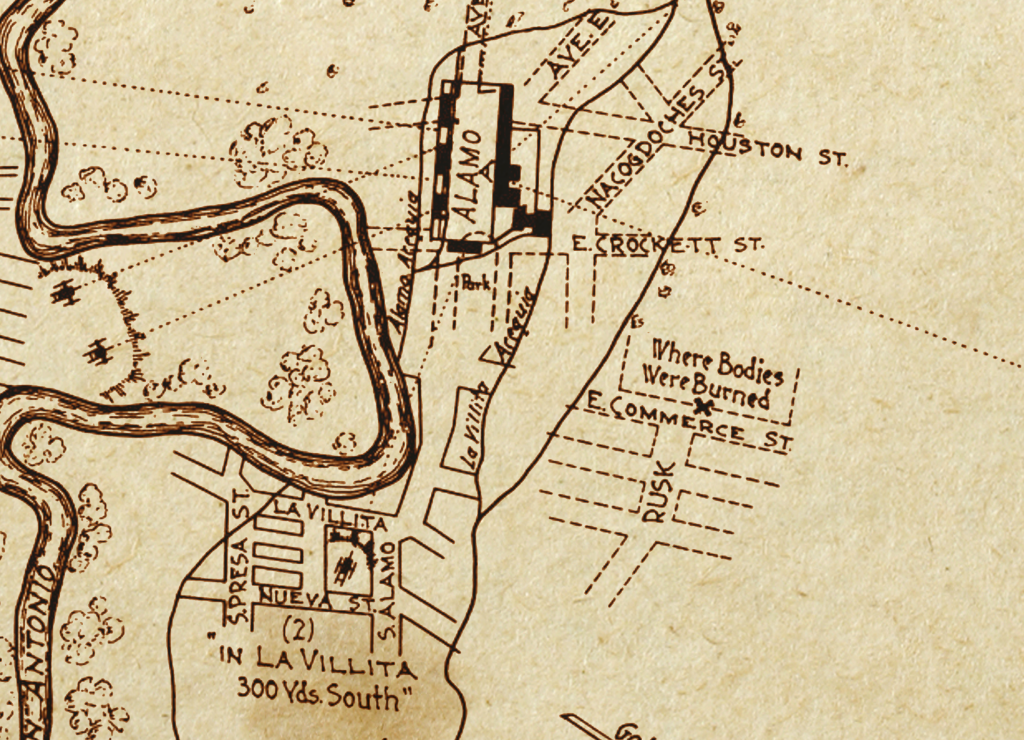 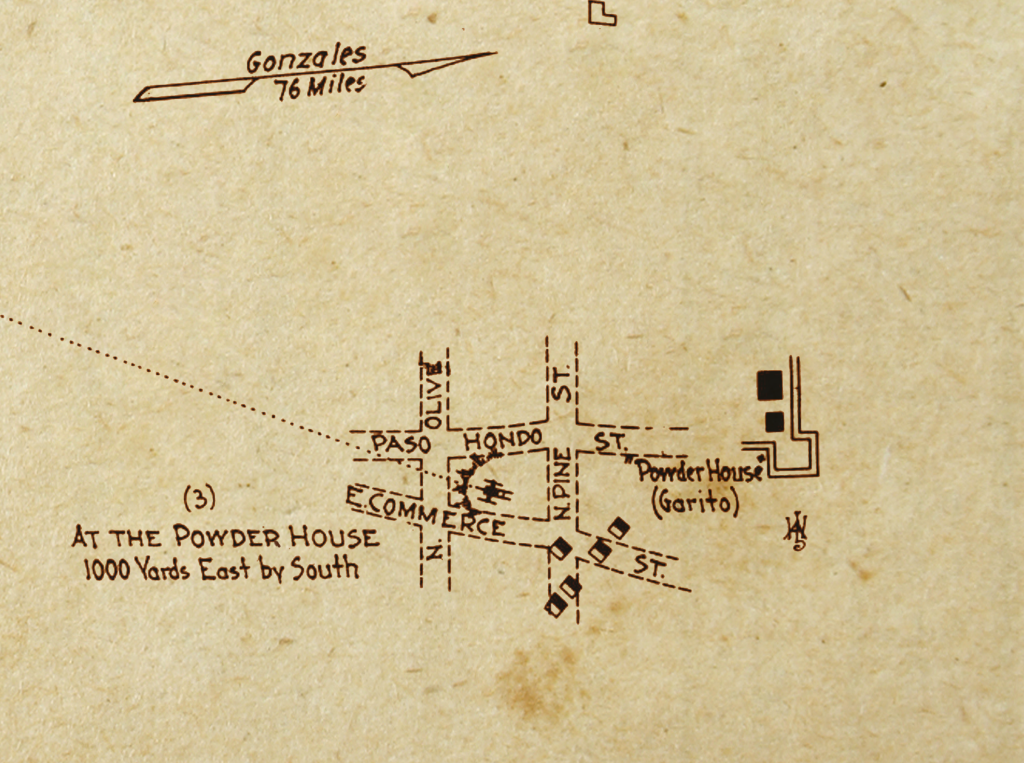 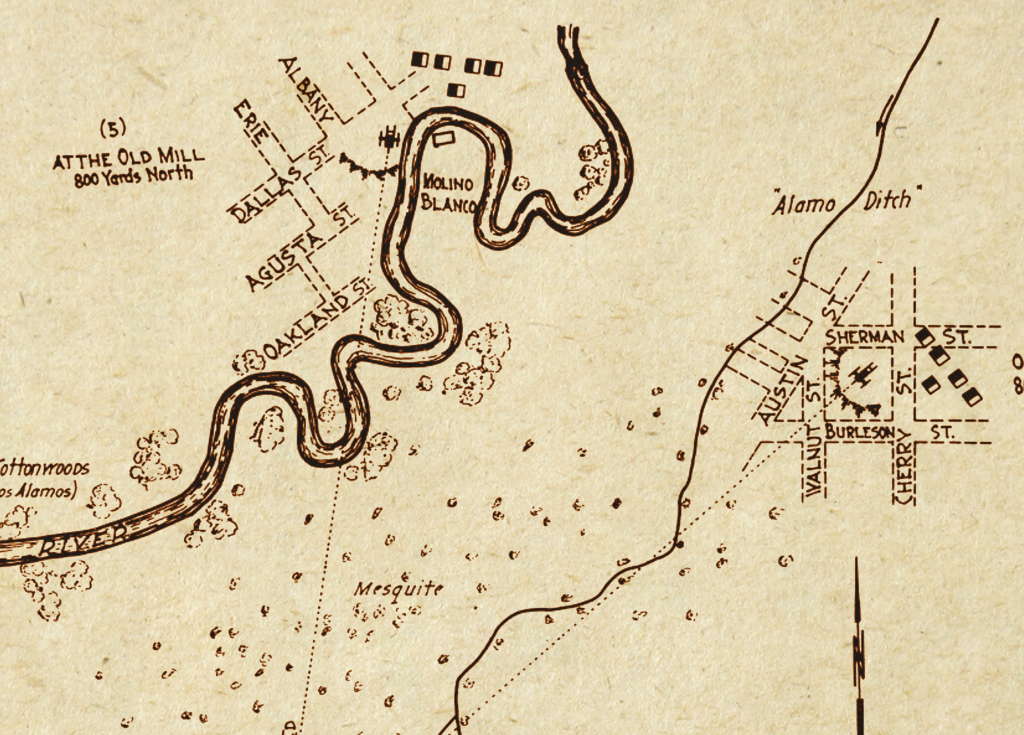 It is on heavyweight fine-art paper which is 100% acid free, with an elegant ever so lightly textured finish. This surface allows the inks to 'bite', reproducing the shading and tonality of the original map vividly, beautifully, and exactly.