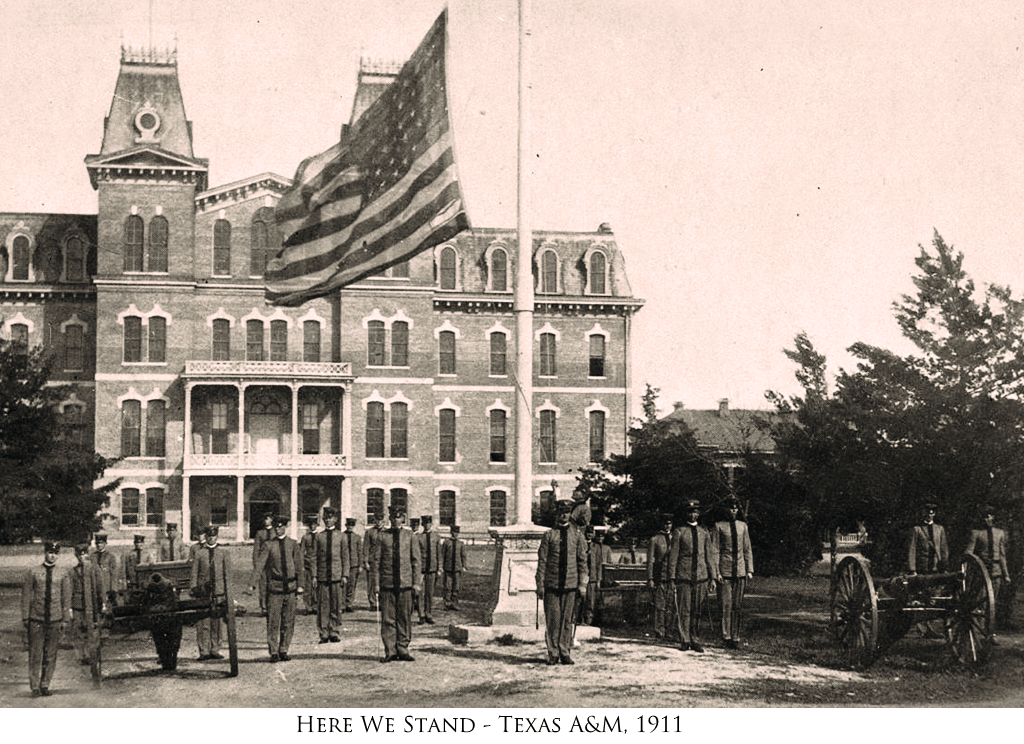 What do you stand for?
It was 1911. The first Chevrolet hit the road that year. The Army adopted a certain Colt pistol that has become a modern icon. Ronald Reagan was born. And this photograph was taken for The Long Horn.

That's what the yearbook of the Agricultural and Mechanical College of Texas was called at that time for some unfathomable reason (it was rechristened Aggieland in 1949.)

It's caption in the 1911 yearbook was "Field Battery, Company L"

Here they stand in front of Old Main, which was lost in flames the following year.

Aggies cherish their history, but I don't need to tell you that. That's because they know what they stand for, and how to take a stand.

This print will make your favorite Aggie smile.

The edition is limited to just 254 copies, one for each county in Texas.