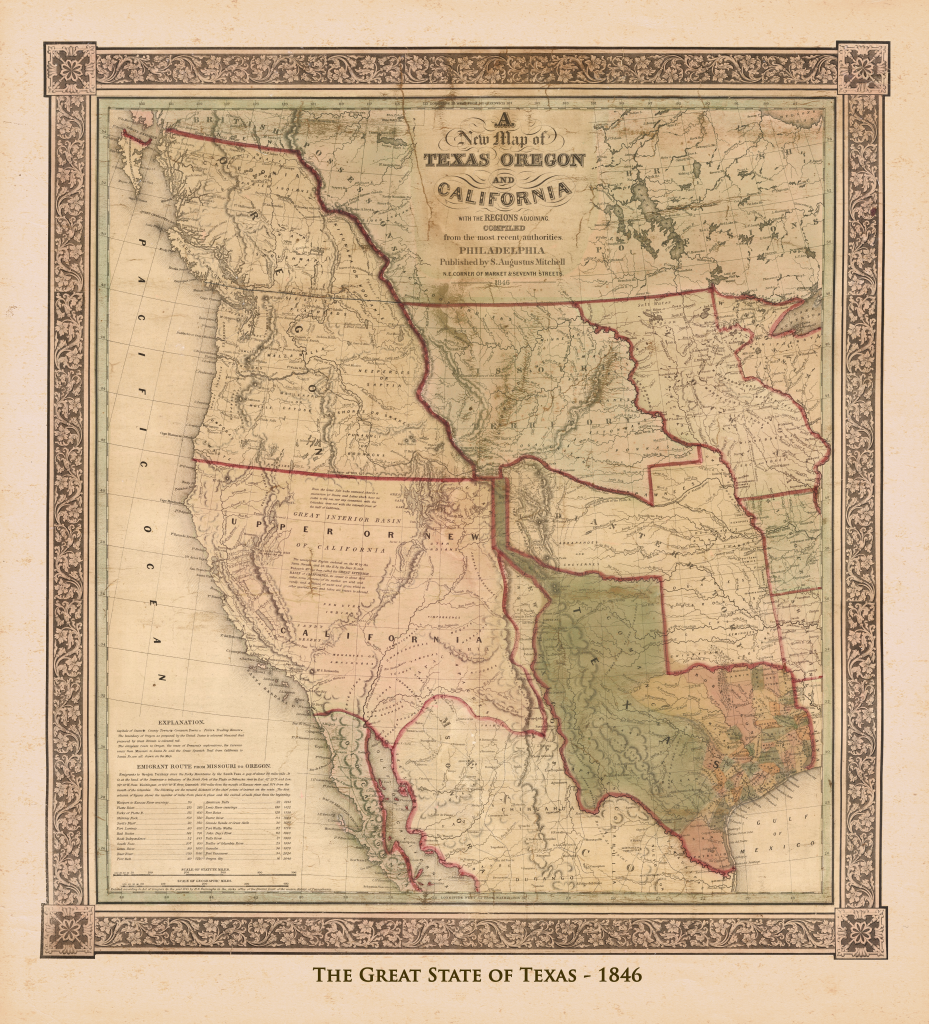 All Hail the Mighty State...
On February 19, 1846 the last President of the Republic of Texas handed over the reins of power to the first Governor of the State of Texas and the Lone Star took its place in the American constellation.

And that state was in a far different form than the one we know today.

The founding fathers of the Republic of Texas had set their sights far in 1836. The republic they defined encompassed the entire eastern half of what is now New Mexico, including Albuquerque, Santa Fe, and Taos. The panhandle they described was in the shape of a stovepipe running all the way north to the 42nd parallel.

How far north is that?

Today the 42nd parallel makes up the borders between California and Oregon in the west, and between Pennsylvania and New York in the east. It runs through Lake Erie and Lake Michigan.

Claiming the 42nd parallel placed the northern border of Texas in what is now Carbon County, Wyoming.

In Philadelphia, Samuel Augustus Mitchell was busy satisfying the public’s demand for details about the newest state. Mitchell liked details. That’s why he was the first map publisher in the United States to switch from copper plate engraving to steel. Steel produced finer detail.

The map you see here was produced that same year. Which makes it valuable to collectors of Texas maps. Original 1846 folding copies sell for over $10,000.

This reproduction is of the much rarer wall version, which features a distinctive flowering vine border and corner embellishments. It never comes up for sale at the auction houses and this is the first time it has been reproduced.

Museums, universities, and people who want the best order our reproduction maps and prints.

You will be proud to show it off.